Complete set of 2 postage stamp on the Bougainvillea, a genus of thorny ornamental vines, bushes or trees : 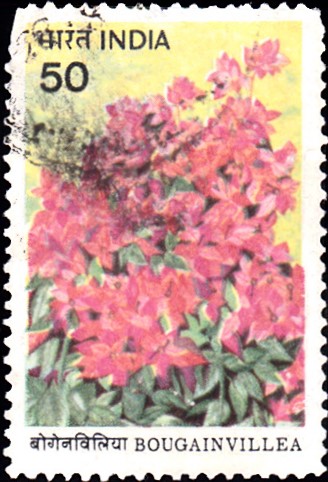 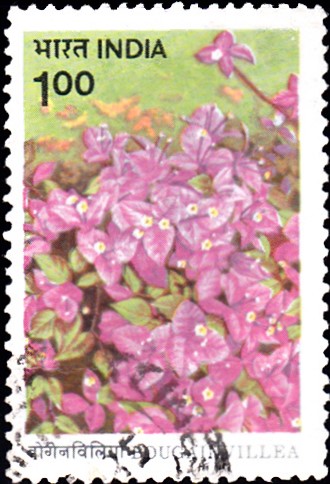 Issued for : The Department of Posts, India is privileged to issue these two colourful stamps on Bougainvillea, a tribute to all horticulturists and botanists engaged in the propagation of this bright and colourful plant.

Design : The two varieties featured on the stamps i.e. Mahara and H. B. Singh are amongst the finest cultivars popularly grown in India.

H. B. SINGH : This variety has attractive bracts of mauve colour. The gorgeous bloom is available for most of the year.