Miniature Sheet with 1 no. of commemorative postage stamp on the National Emblems of India and Belarus : 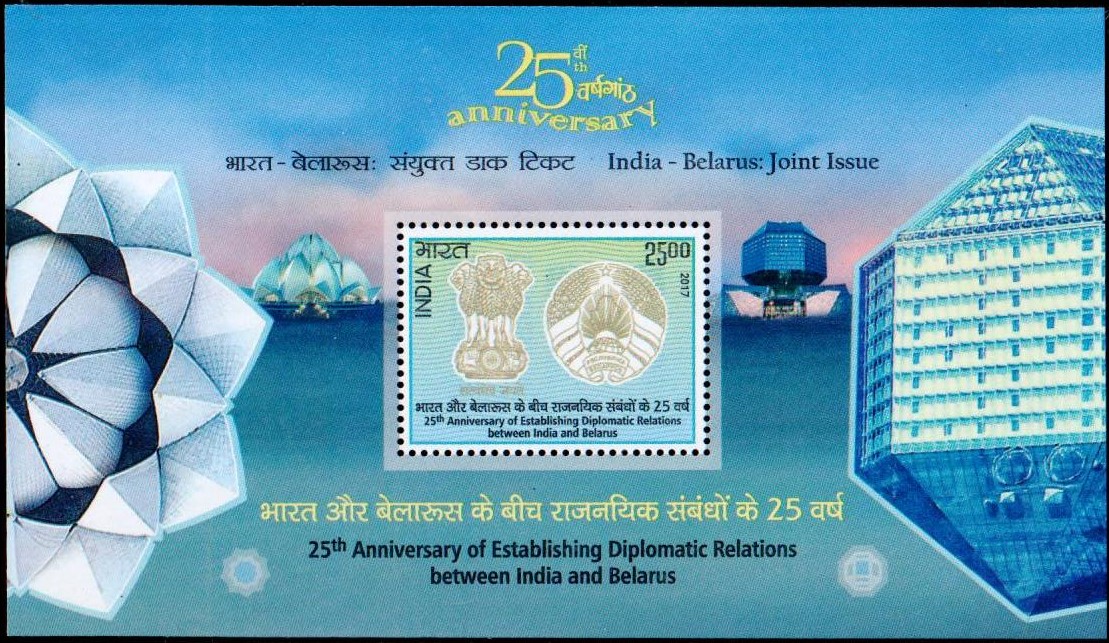 Issued for : Department of Posts is pleased to issue a Commemorative Postage Stamp on 25th Anniversary of Establishing Diplomatic Relations between India and Belarus.

One thought on “India-Belarus : Joint Issue”