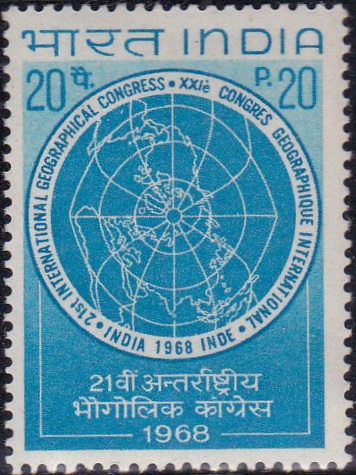 Issued for : Since its inception in 1871, this was the first time that the Congress is being held in an Asian country. The nation was proud to play host to this distinguished assembly of geographers. The Indian P & T Department is happy to join in the welcome by issuing a special postage stamp on the 1st December, 1968, the opening day of the 21st International Geographical Congress.

Description of Design : The design of the Stamp is vertical and depicts Global Map – an emblem of 21st International Geographical Congress.