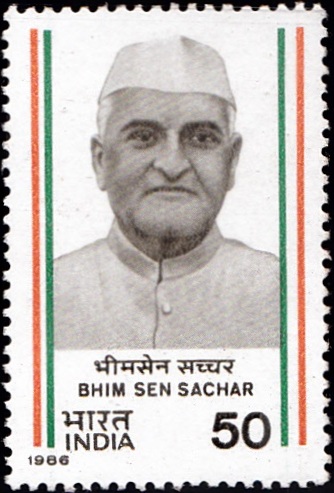 Issued for : The Department of Posts feels privileged to issue a commemorative stamp in honour of Shri Bhim Sen Sachar in the Series, ‘India’s struggle for freedom‘.