A commemorative postage stamp on the Birth Anniversary of Birsa Munda, an Indian tribal freedom fighter : 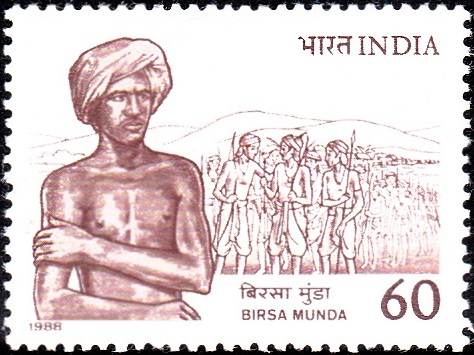 Description of Design : The stamp prepared by India Security Press, Nashik Road, is based on a design by Shri Sankha Samantha. For the first day cover Shri K.S. Radhakrishnan has created a rural wall picture, a stylized depiction of tribals up in arms. The cancellation is by Smt. Alka Sharma.