A commemorative postage stamp on the Birth Centenary of Babasaheb Ambedkar, architect of the Constitution of India : 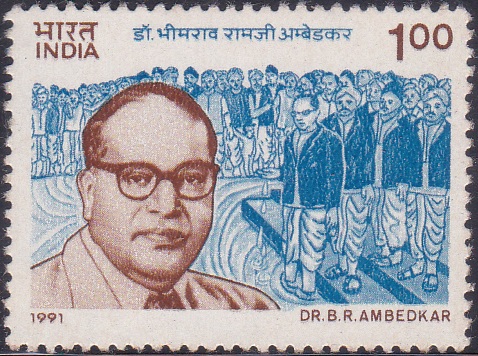 Issued for : The Deptt. of Posts feels privileged to issue a commemorative stamp to cherish his memory.

Description of Design : The commemorative stamp is based on the art work provided by Aks India Limited. First Day Cover is designed by Sh. Sankha Samanta. Cancellation is by Nenu Gupta. The stamp depicts the portrait of Dr. B.R. Ambedkar and his leading the satyagraha for liberation of Chowdar Tank.