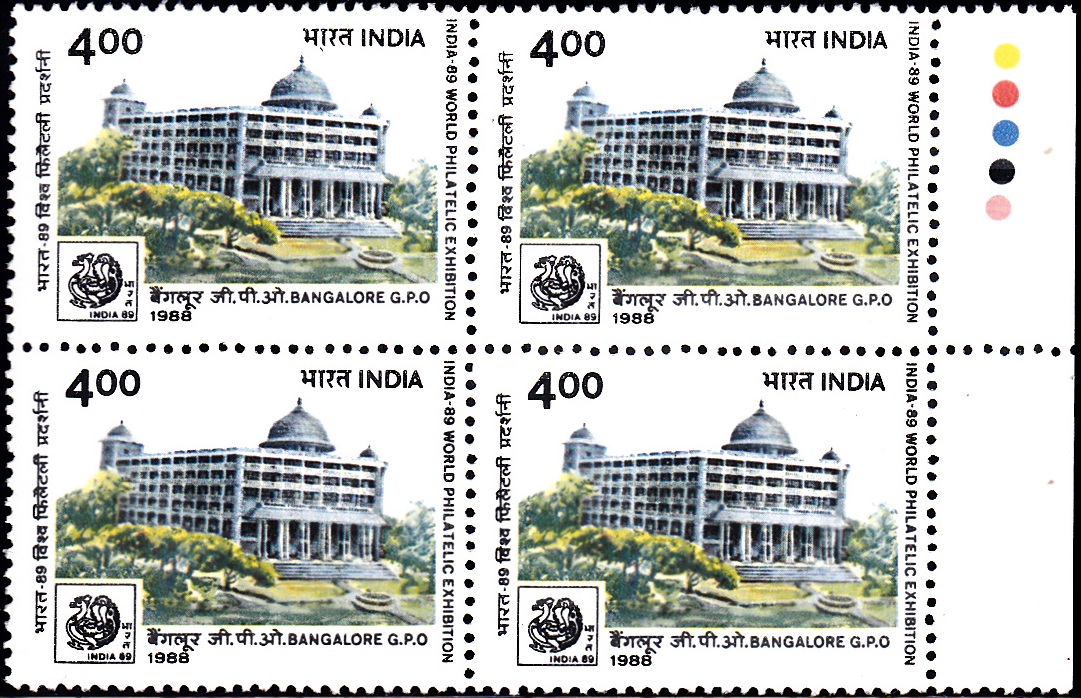 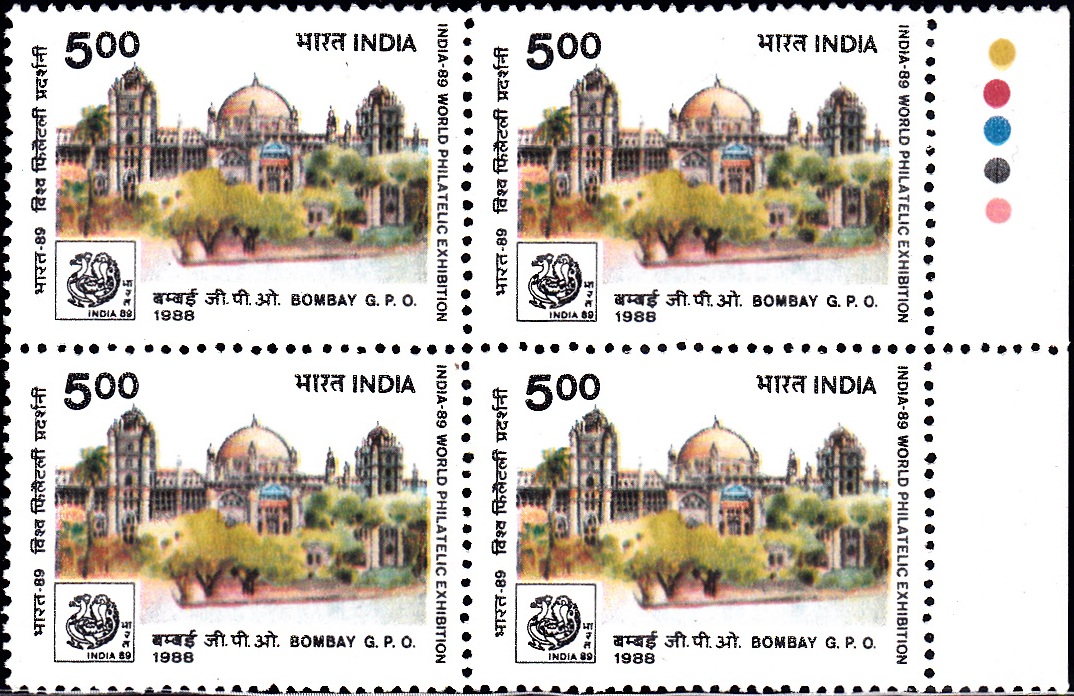 Issued for : The Department of Posts, Govt. of India is bringing out a series of postage stamps to herald INDIA-89 World Philatelic Exhibition to be held in New Delhi from 20-29 January, 1989.

Description of Design : The stamp on Bombay G.P.O. is designed by Shri C.R. Pakrashi and the one on Bangalore G.P.O. by Shri C.L. Meena. The first day cover carries an extract from the letter of the Court of Directors of the East India Company to the Council at Bombay dated 27th Aug., 1688. The design for this is by Smt. Alka Sharma and the cancellation is by Smt. Nenu Gupta. The special cancellation for World Post Day carries the logo of the Universal Postal Union and is designed by Smt. Alka Sharma.