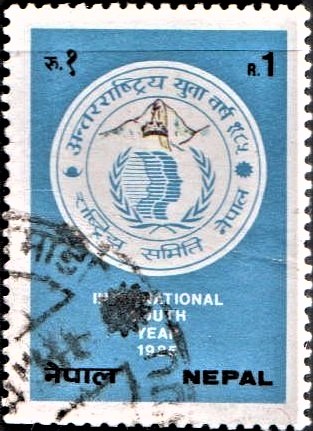 Design : In the present postage stamp issued to commemorate this occasion logo of the IYY has been depicted.