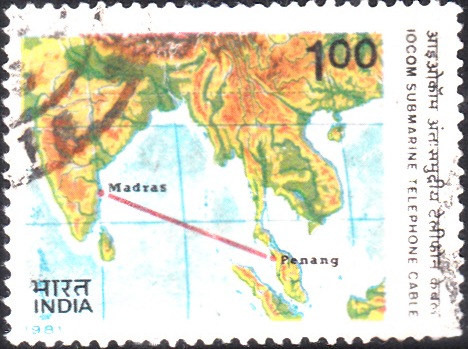 Issued for : Indian Posts & Telegraphs Department is happy to commemorate the inauguration of the cable with a special stamp.

Description of Designs : The stamp shows a map with Madras and Penang linked by IOCOM Cable. The first day cover illustration shows a special cable-laying ship. Cancellation was designed by Charanjit Lal.