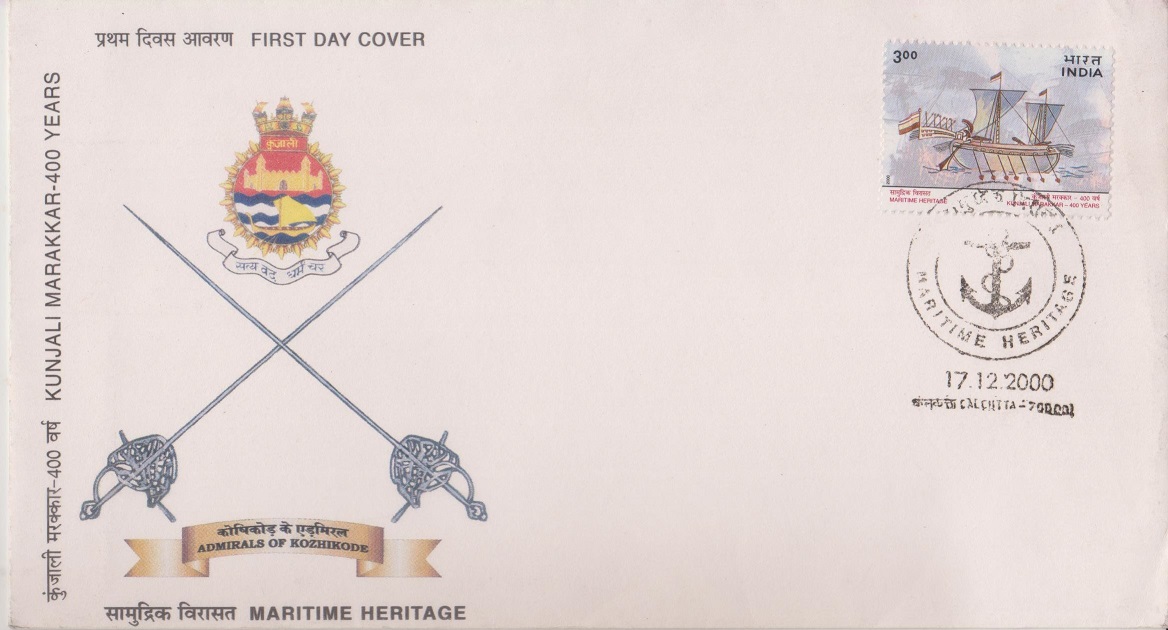 Issued for : The Department of Posts is proud to issue a stamp in honour of these great Admirals who wrote a heroic chapter in India’s Maritime History.

Design : The stamp design shows the war-paroe, a small craft used by the Kunjalis, which, manned by just 30-40 men each, could be rowed through lagoons and narrow waters. Several of these crafts were deployed at strategic points and they would emerge from small creeks and inconspicuous estuaries, attack the Portuguese ships at will, inflict heavy damage and causalities by setting fire to their sails and get back into the safety of shallow waters. In these guerrilla raids, the Marakkars had shown remarkable prowess.

The First Day Cover incorporates elements that symbolise the valour and courage of “Kunjali Marakkar“, the Great Admirals of Calicut.