A commemorative postage stamp on Musiri Subramania Iyer, a Carnatic vocalist [a part of the series ‘Modern Masters of Indian Classical Music‘] : 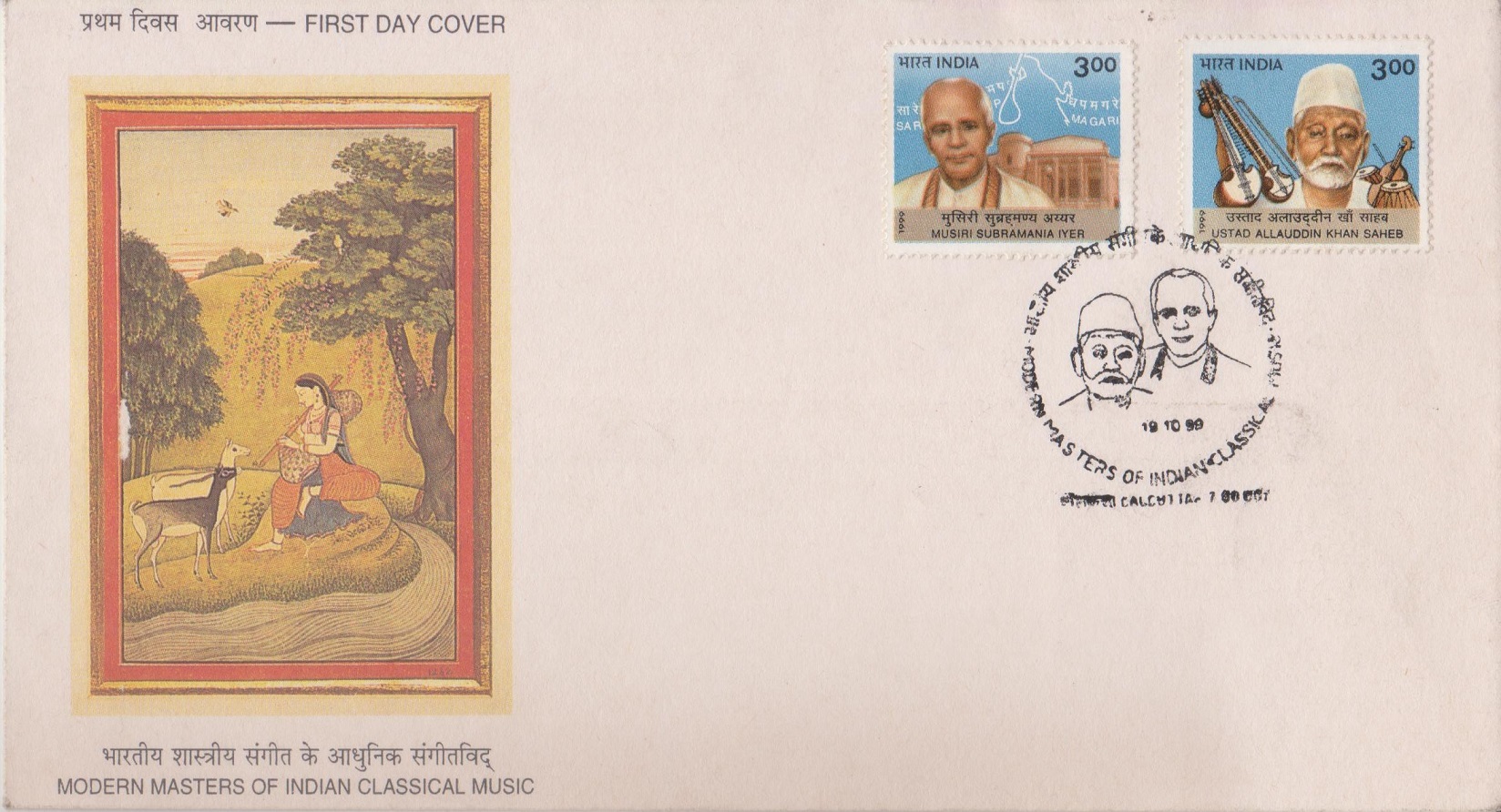 Issued for : Indian Music has a long unbroken continuously evolving tradition back to the period of the Vedas. Development of music commenced with the folk idiom, evolved in consonance with regional ingenuity and slowly grew into classical forms. Differing from region to region, there is an underlying unity in Indian classical music. There are two systems of music in India, the Carnatic and the Hindustani, which are highly dramatised. These are supplemented by folk music, bhajans and kirtans. The Department of Posts pays tribute to this ‘Unity in Diversity’ in Indian music through issue of a set of commemorative stamps on two masters of classical music of the modern era, one from the Carnatic School and the other, Hindustani.