A commemorative postage stamp on the 25th Anniversary of the partyless Panchayat system in Nepal established by King Mahendra in 1960 : 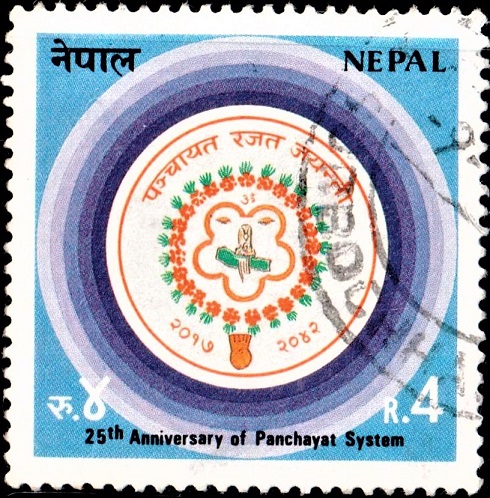 Issued for : The present postage stamp has been brought out to commemorate the Silver Jubilee of the Panchayat System depicting the logo of the same.