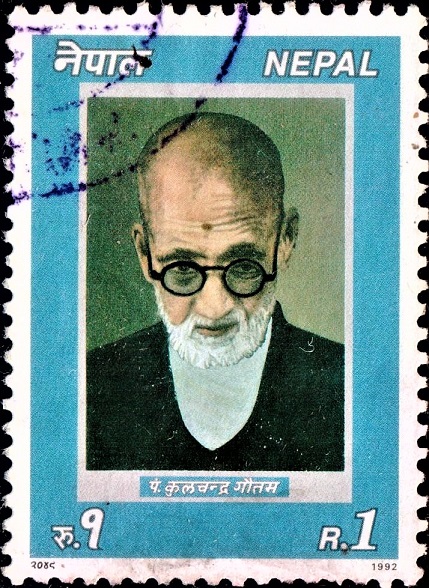 Design : The present postage stamp brought out today depicts a portrait of the Pandit.