A commemorative postage stamp on the 1st Session after the Re–establishment of Parliament of Nepal : 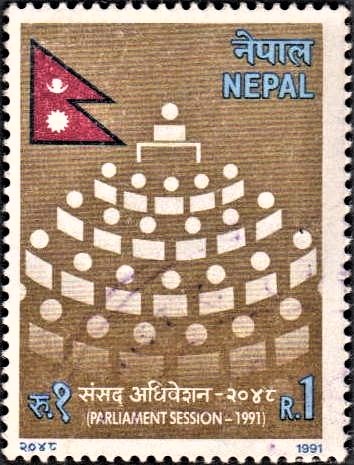 Issued for : The bicameral legislature under the Constitution of 1959 was the first Parliament of Nepal in the real sense of the term. However, it could not exist for more than 18 months as the Parliamentary system was scrapped on December 15, 1960. After more than three decades, it has been re-established in the national life with greater vitality and vigour. Currently the new Parliament is working in full swing in its First Session. The stamp has been brought out to commemorate this historic occasion.