Complete set of 2 nos. of special postage stamps on the Potter’s Wheel, a machine used in Pottery : 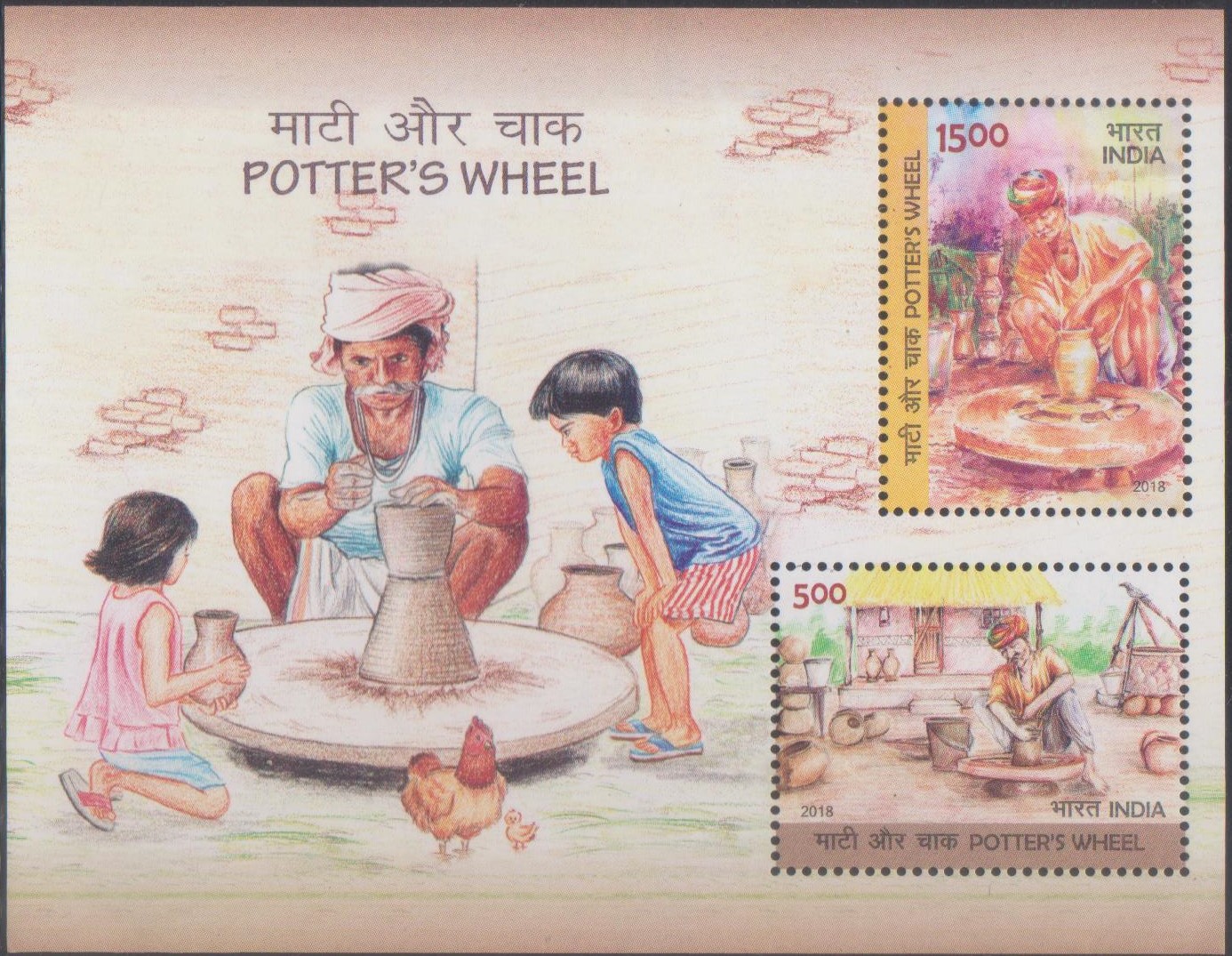 Issued for : Department of Posts is pleased to issue a set of two Commemorative Postage Stamps, a miniature sheet, an FDC, a brochure and five maxim cards on Potter’s Wheel on the selected entries.