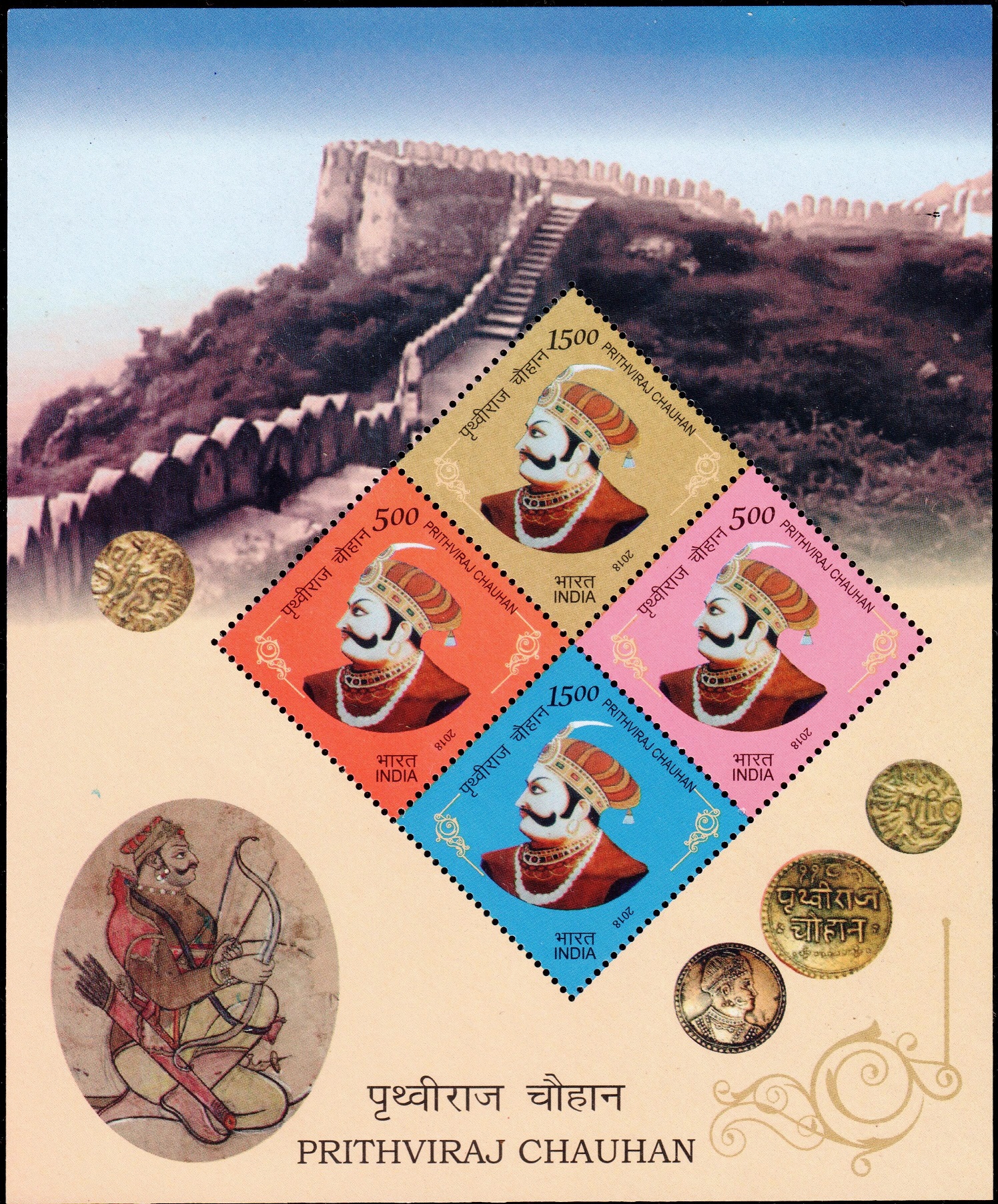 Issued for : Department of Posts is pleased to issue a set of four Commemorative Postage Stamps on Prithviraj Chauhan.