A Miniature Sheet consisting of 2 nos. of commemorative postage stamps on the 150th Birth Anniversary of Gurudev Rabindra Nath Tagore : 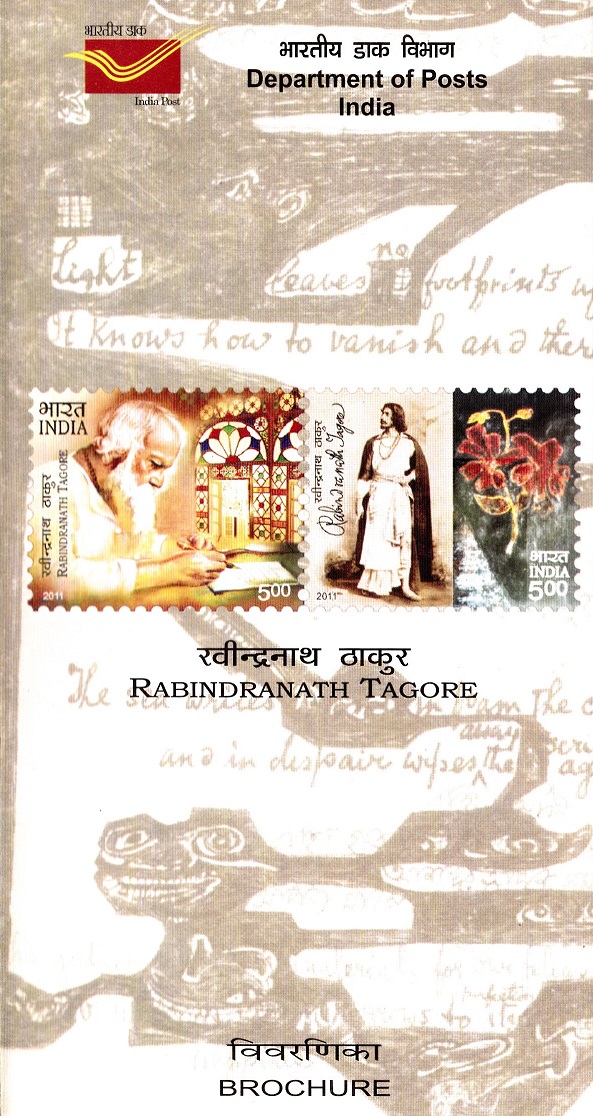 Issued for : India Post is feeling proud in releasing the set of stamps to commemorate 150 years of Rabindranath Tagore birth anniversary.

Design : The design of the stamps depicts; Tagore‘s writing – background shows Upasana ghar at Santiniketan; Tagore performing in his play ‘Valmiki Pratibha‘ and a painting by him.
FDC : Tagore inset against one of his paintings.
Brochure : Some doodles & scribbles of Tagore.