A set of four commemorative postage stamps on the Rashtriya Panchayat, the official legislature (parliament) during the Panchayat regime of Nepal : 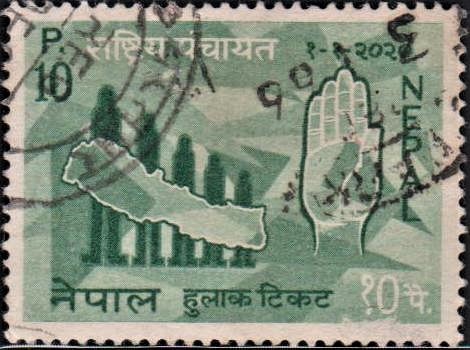 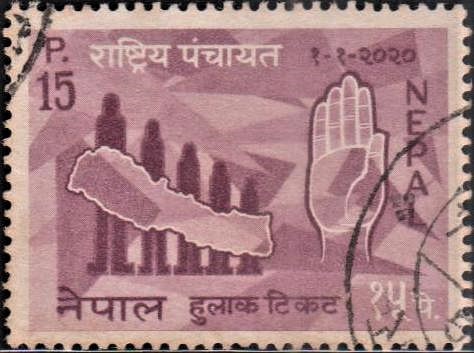 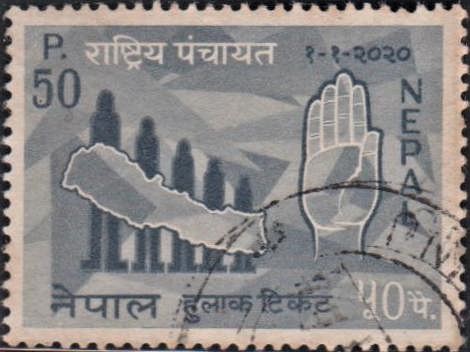 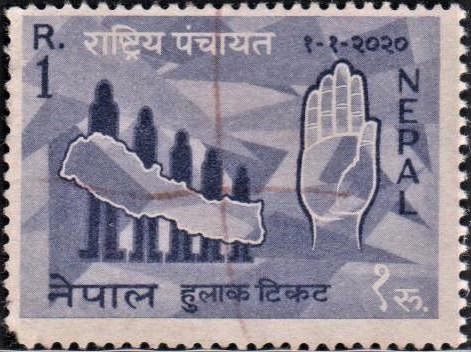 Design : The map and the five symbolic human figures behind it present the glimpse of Nation with its composite land and people organized in Panchayat. The background semblance of National flags connotates national Sovereignty and Government. The raised hand signifies unity, courage and zeal that have replaced fragmentation, fear and frustration, under the noble leadership of H. M. King Mahendra Bir Bikram Shah Dev.