A Miniature Sheet consisting of 2 nos of postage stamps and 2 nos of Maxim Card on the 200th Test Match of S.R. Tendulkar, greatest batsman in the history of cricket : 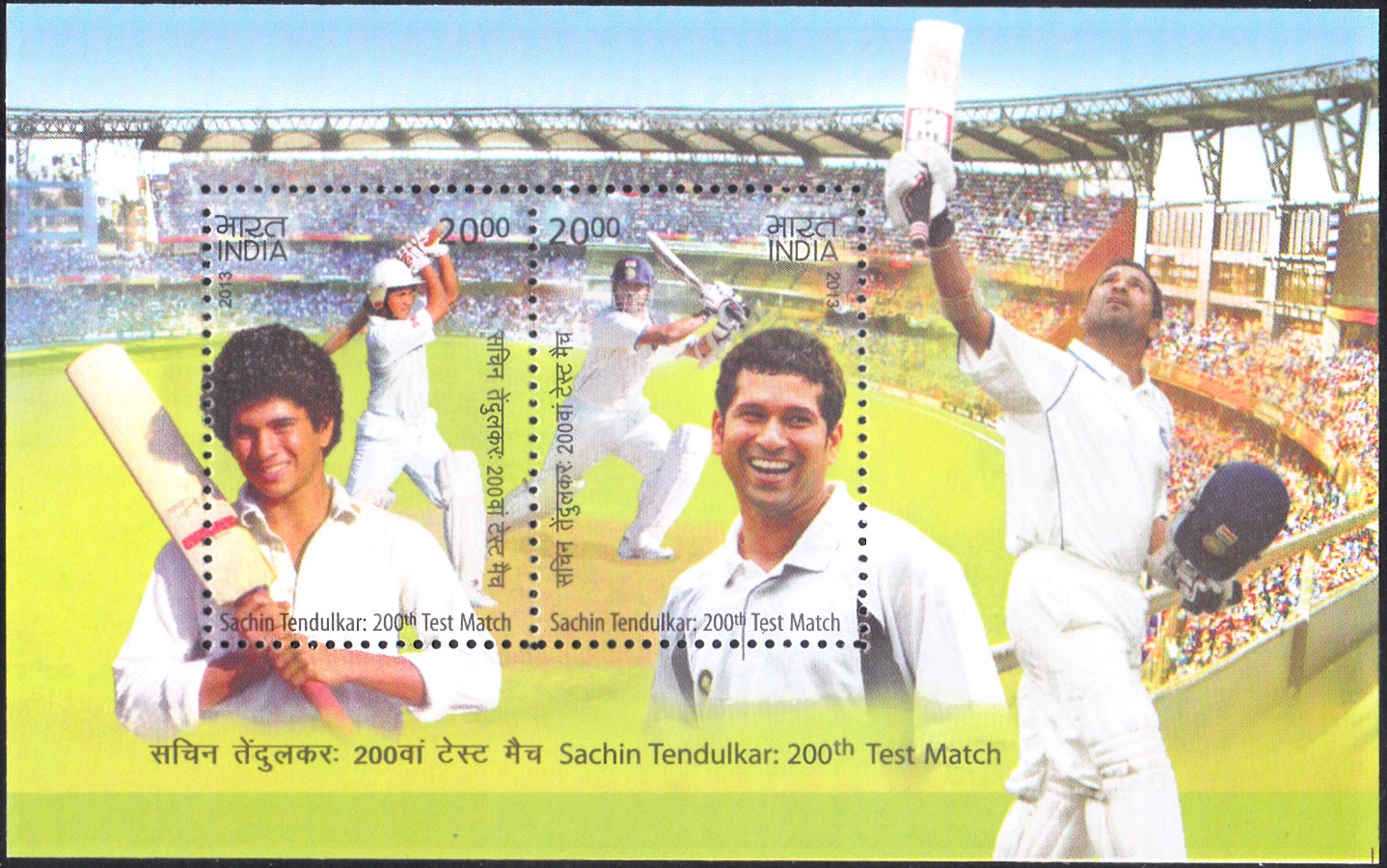 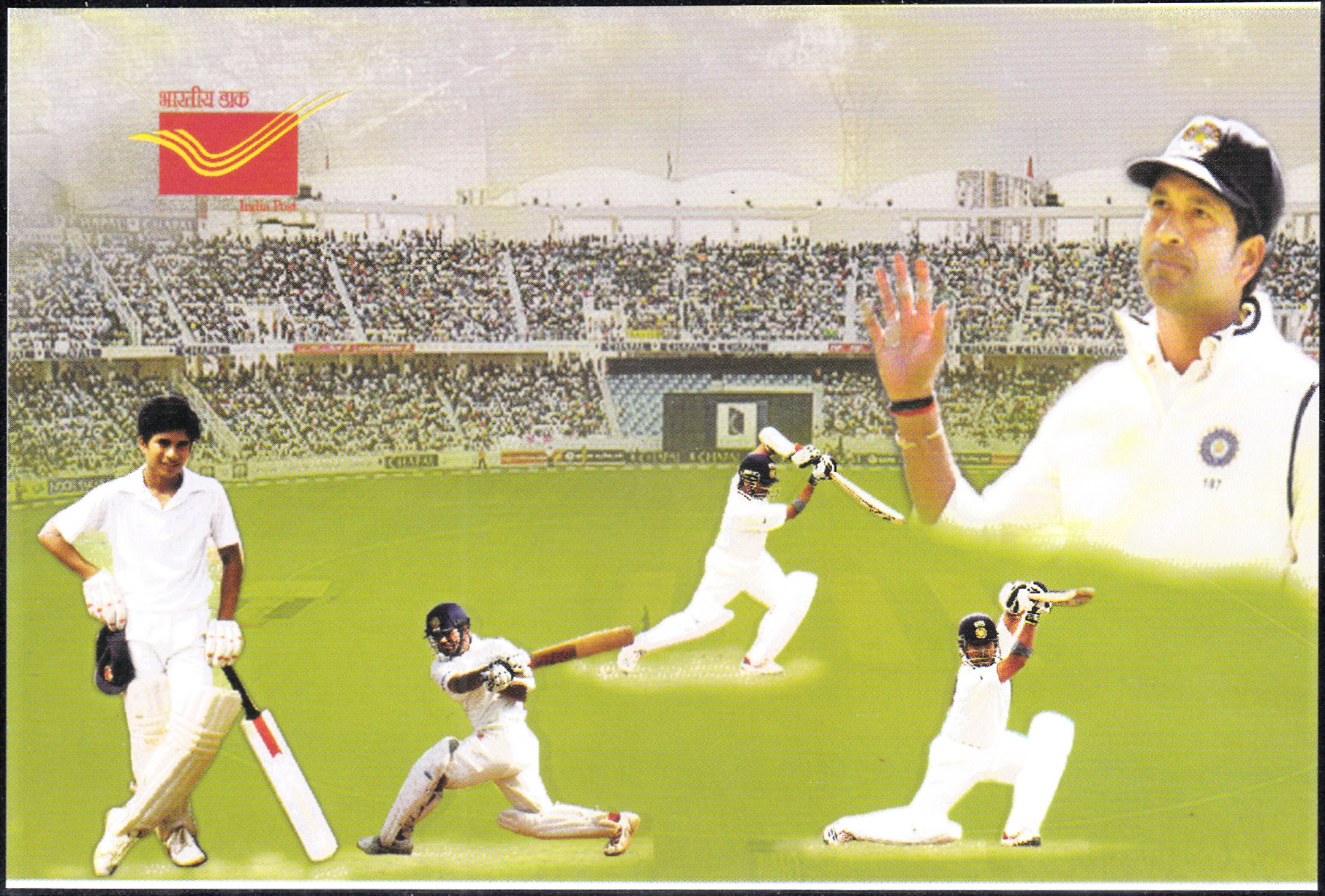 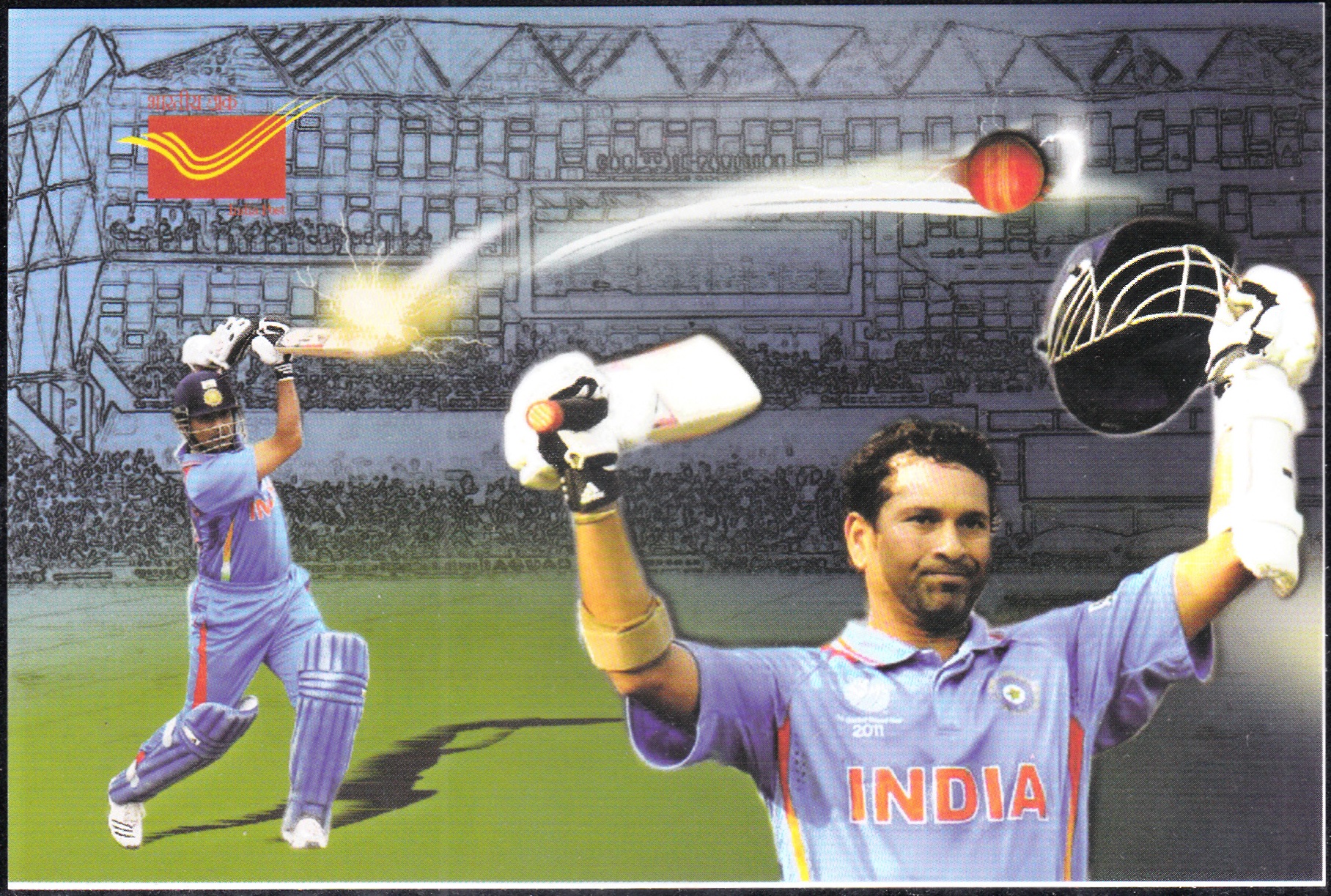 Issued for : Department of Posts salutes Sachin Ramesh Tendulkar on being the only cricketer to play the 200 test matches by issuing a set of two stamps, a miniature sheet and a mix sheetlet.

Design : The stamp depicts the journey of his test career from his debut test to recent one.