A commemorative postage stamp on Pandit Vishwambhar Dayalu Tripathi, an Indian lawyer & politician from Unnao, Uttar Pradesh [a part of the series ‘India’s Struggle for Freedom‘] : 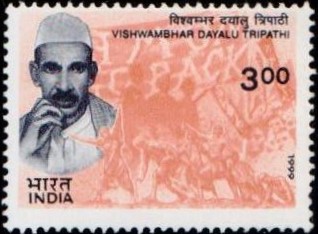