Complete Set of 2 nos of commemorative postage stamps on the 100 Years of Modern Olympics : 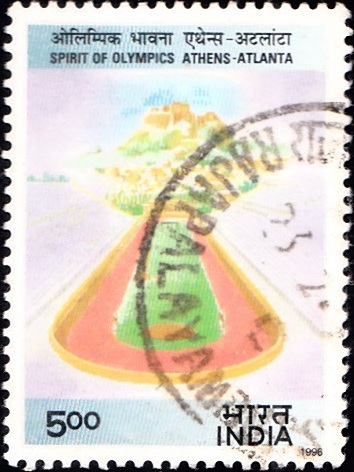 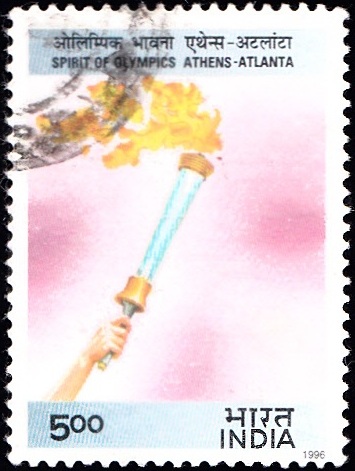 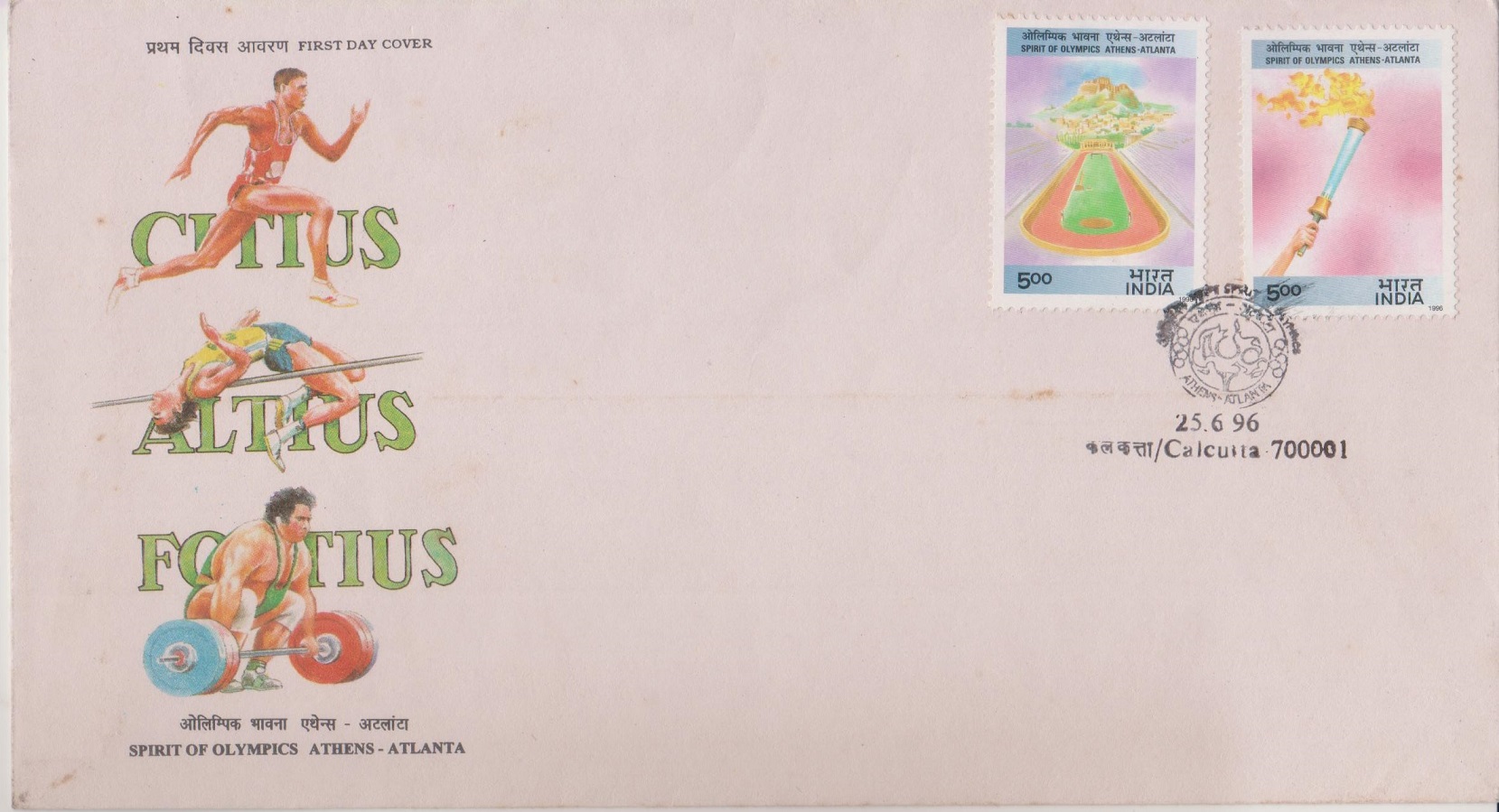 Issued for : The Department of Post has, from time to time, highlighted sports events, particularly the Olympics. Special postage stamps have been issued on the occasion of the 19th, 20th, 23rd and 25th Olympic Meets. The Department is now very happy to issue this set of 2 stamps on the ‘Spirit of Olympism’ on the occasion of the 26th Olympic Meet which also marks hundred years of Olympics.

Design : One of the stamps depicts the Marble stadium of Athens with an impression of Parthenon in the background and the other, the Olympic torch which has been carried since the first meet. The First Day Cover is a visual depiction of the Olympic motto. The torch is repeated on the cancellation.

Denomination : Two Stamps of 500 Paise each