A definitive postage stamp on the Love : 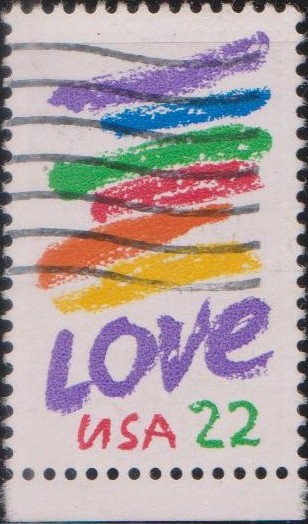 Design : First Day of Issue for the 1985 “Love” stamp, the fourth issue in this special series, likewise coincides with the Valentine season. The stamp was designed by Corita Kent of Boston, Massachusetts.