A commemorative postage stamp on the Centenary of the St Stephens Hospital, TIS Hazari (1885–1985), oldest and one of the largest private Hospitals in Delhi : 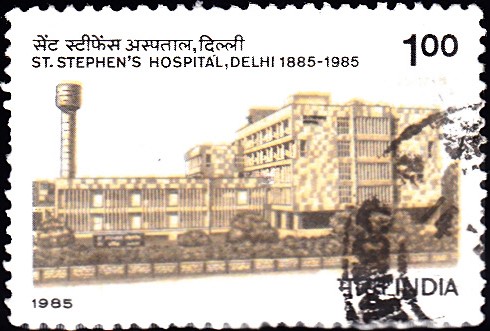 Description of Designs : The 100 P. two colour stamp has been designed by India Security Press, Nashik Road. The stamp shows the Central Hospital Building. The First Day Cover shows the picture of the Hospital, at Chandni Chowk where the Hospital was first established on 31 Oct., 1885. The cancellation design which shows the emblem of the Hospital has been prepared by Nenu Bagga.