A commemorative postage stamp on the 50th Anniversary of the Statehood of Nagaland, a state in the north-east of India : 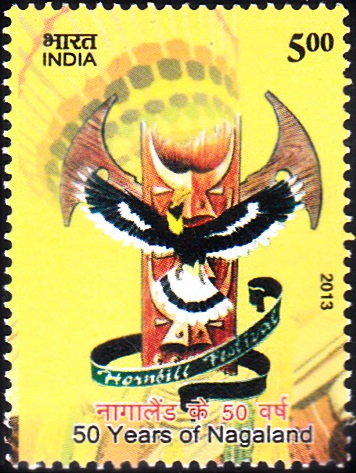 Issued for : As Nagaland celebrates the 50th anniversary of Statehood, Department of Posts is commemorating the occasion by release of a Commemorative Postage Stamp.