A commemorative postage stamp on the 62nd Cavalry, an Armoured Regiment of the Indian Army : 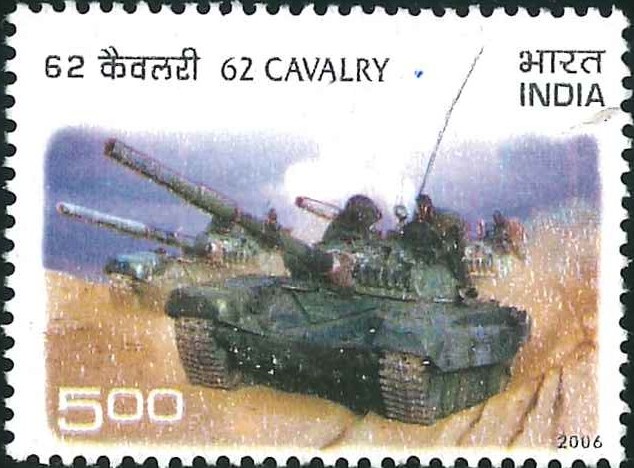