A commemorative postage stamp on the 150 years of the 3rd Battalion, the Sikh Regiment, an infantry regiment of Indian Army : 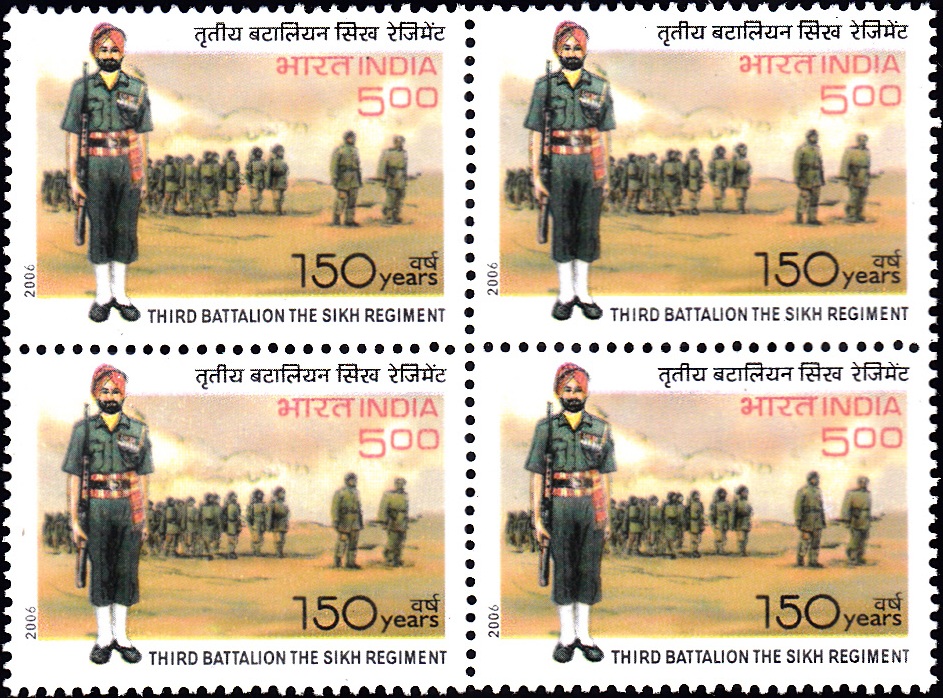