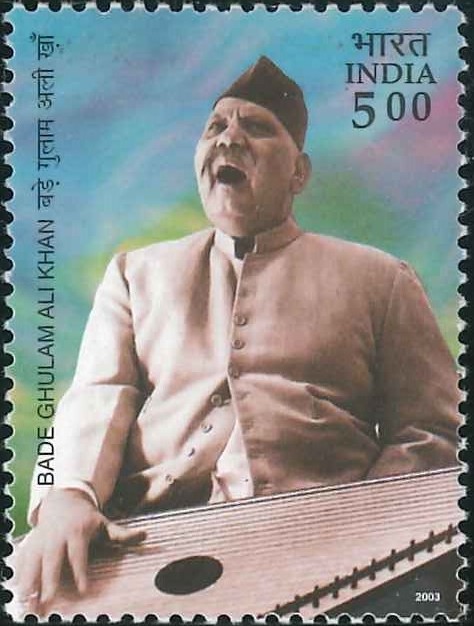 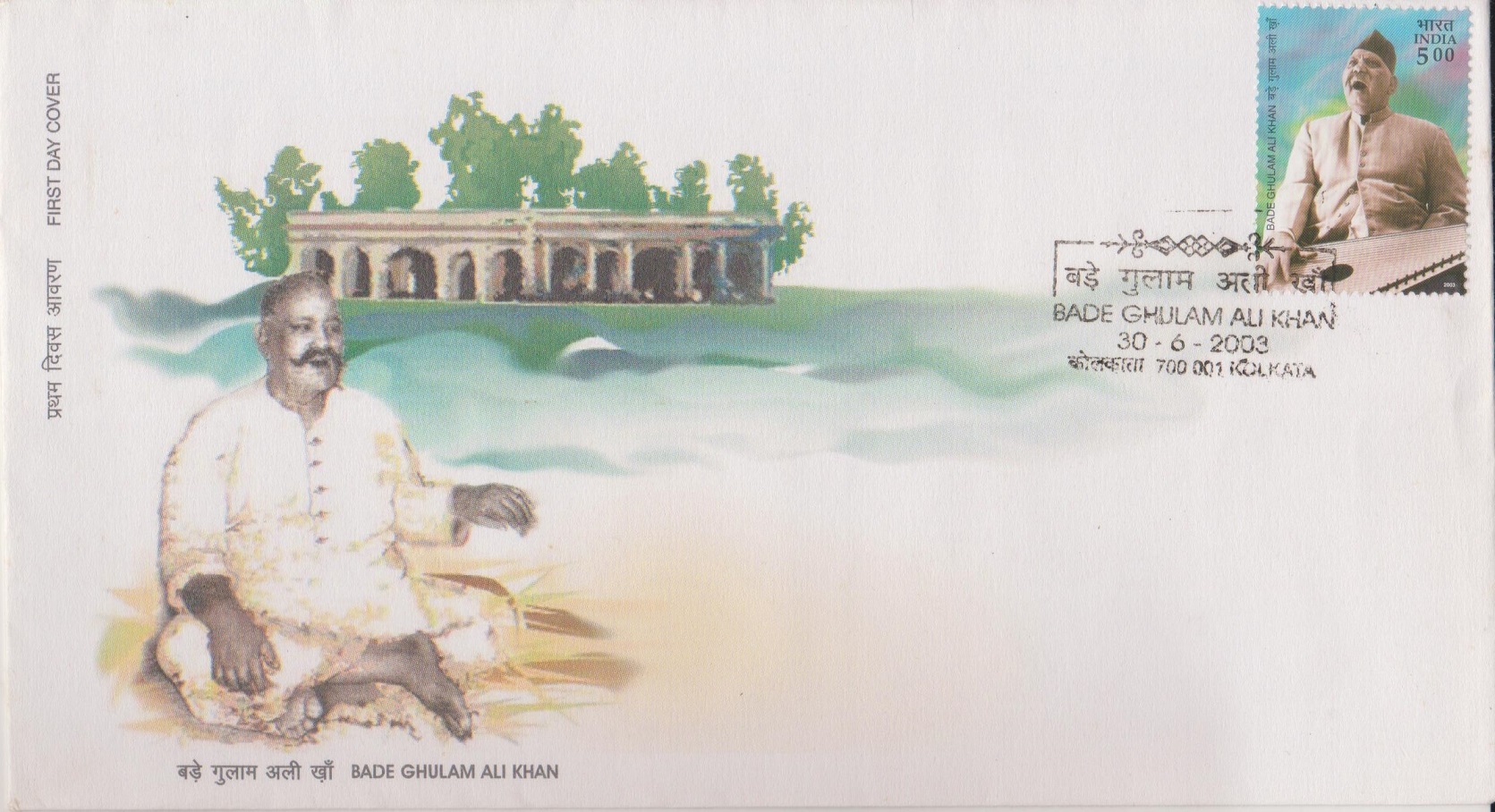 Issued for : The Department of Posts is happy to issue a commemorative postage stamp on Bade Ghulam Ali Khan.

Design : The stamp portrays Khan Sahib in concert, with Surmandal in hand. The design of the First Day Cover with a picture of Kamran’s baradari brings back memories of the days when he used to do riyaz on the banks of river Raavi.