A commemorative postage stamp on 8th Centenary Celebrations of Shri Bhaktibhandari Basavanna, an Indian Kannada philosopher and poet from Bhakti movement during reign of king Bijjala I of Kalachuri dynasty in Karnataka : 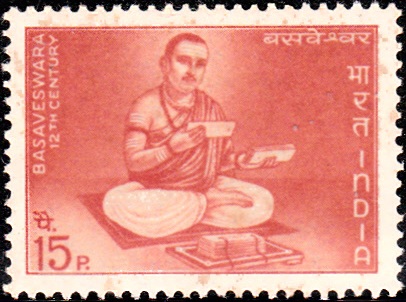 Issued for : The Posts & Telegraphs Department feels privileged to bring out a special stamp on the occasion of the eighth centenary celebration of Shri Basaveswara on 11.5.67.