A commemorative postage stamp on the 800th Death Anniversary of Sri Basaveshwara (1134-1196 A.D.), a 12th century Hindu saint-poet philosopher during king Bijjala I of Kalachuri dynasty in Karnataka : 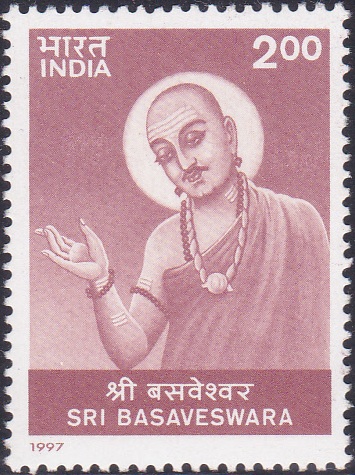 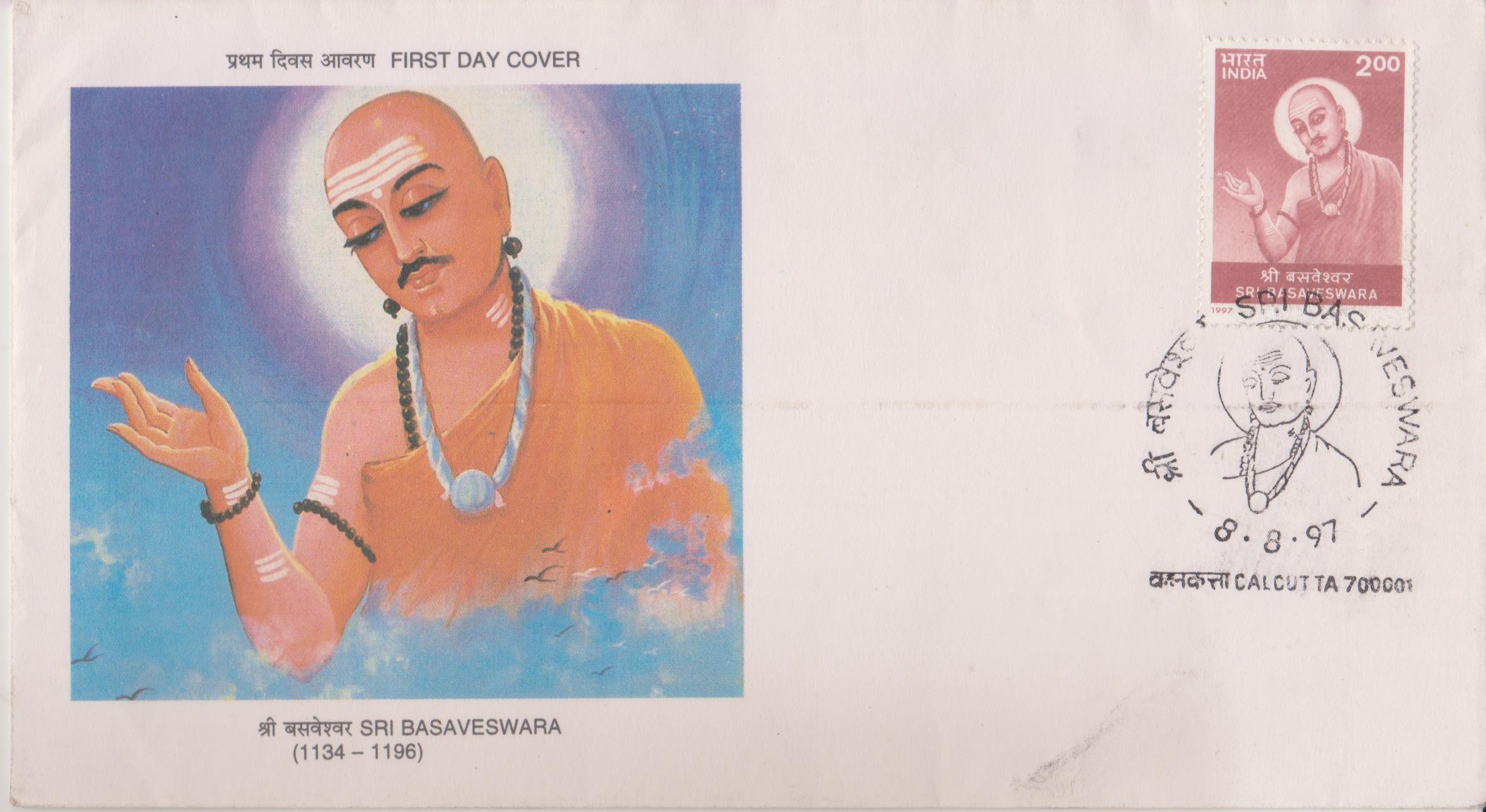 Issued for : In his crusade against the caste system and untouchability, 800 years ago Sri Basaveswara was a man ahead of his times. His 800th Death Anniversary celebrations concluding in August 1997, provide opportunity for the Department of Posts, issuing this special postage stamp, to commemorate this great philosopher and his contribution to the upliftment of society.