A commemorative postage stamp on the Birth Centenary of Bishwanath Rai, an Indian politician from Uttar Pradesh : 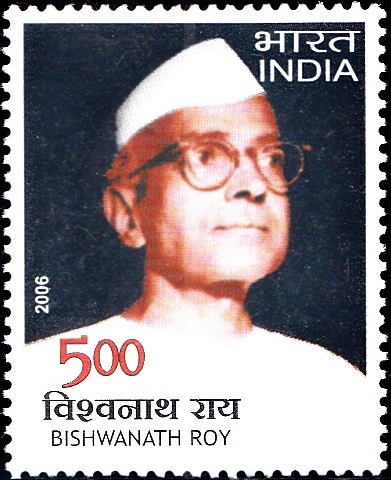