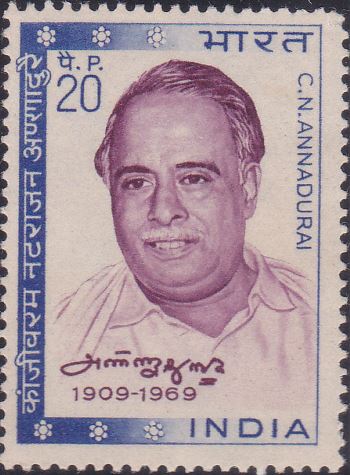 Issued for : On the First Anniversary of his passing, the Posts & Telegraphs Department feels privileged to bring out a special stamp as a tribute to his memory.

Description of Design : The design of the stamp is vertical and depicts autographed portrait of Thiru C. N. Annadurai.