A commemorative postage stamp on 100 years of Central Bank of India, one of the oldest and largest government-owned commercial banks in India : 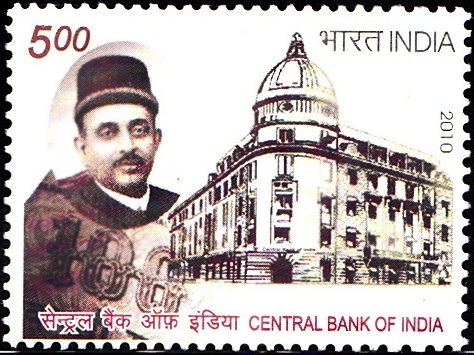