A commemorative postage stamp on the Birth Centenary of Veer Chandra Singh Garhwali, an Indian revolutionary, hero of Peshawar Kand : 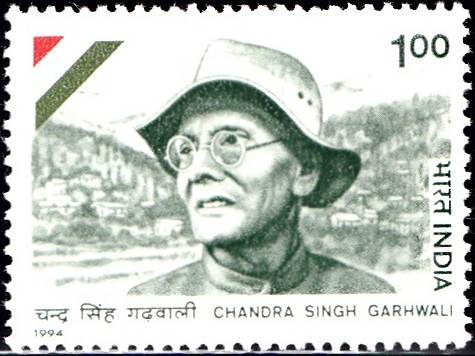 Issued for : Chandra Singh Garhwali, the hero of Peshawar, is immortalised in the annals of Indian history. The Department of Posts takes pride in bringing out a commemorative postage stamp in tribute to this freedom fighter.