A commemorative postage stamp on the Death Centenary of Charles Robert Darwin, an English naturalist, geologist and biologist, known for his contributions to evolution : 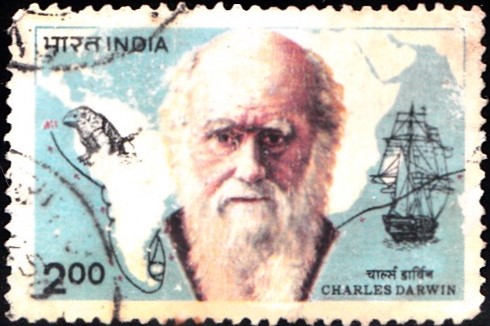 Issued for : Indian Posts & Telegraphs Department is privileged to issue a stamp to honour the memory of a great naturalist.

Description of Designs : The stamp shows the portrait of Charles Darwin alongwith HMS Beagle and the route it took to the Galapagos Islands. A line drawing of the land iguana found on those islands has also been shown. Both the stamp and first day cover have been designed by M. Mandal. Cancellation has been designed by Charanjit Lal.