A commemorative postage stamp on the Birth Centenary of Edward James Corbett, a British hunter, author and conservationist, hunted a large number of man-eating tigers & leopards in India : 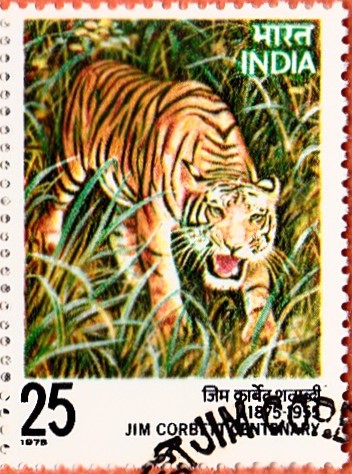 Issued for : The Posts & Telegraphs Department is privileged to issue a commemorative stamp in honour of Jim Corbett during the year of his birth centenary.

Description of Design : The design of the stamp is vertical and depicts a tiger.