A commemorative postage stamp on the 50th Anniversary of the Indian Children‘s Film Society (CFSI), promoting every child’s right to entertainment, under Ministry of Information and Broadcasting, Government of India : 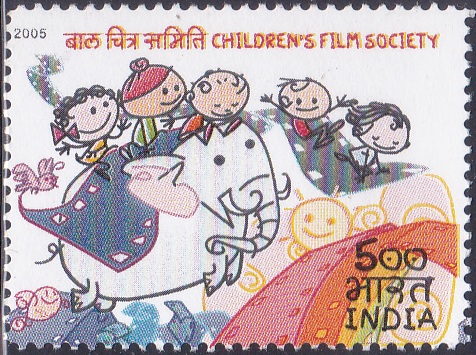 Issued for : The Department of Posts is happy to issue a commemorative postage stamp on the Children’s Film Society on its GOLDEN JUBILEE.