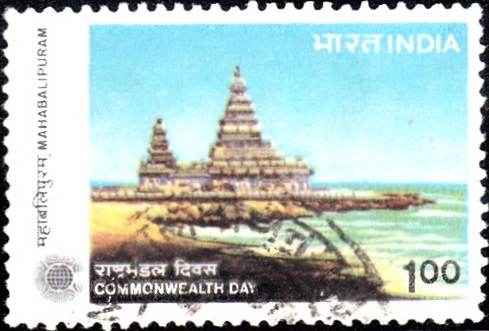 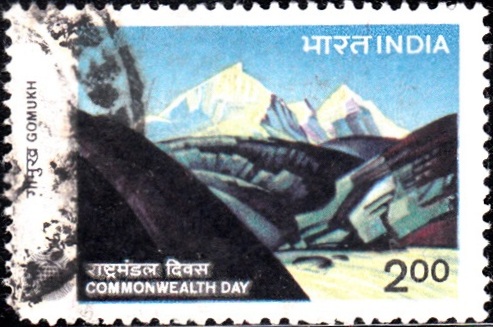 Issued for : Indian Posts and Telegraphs Department is privileged to issue a set of two stamps on the occasion.

Description of Designs : The 100p. denomination stamp depicts the Shore Temple at MAHABALIPURAM 60 kms. south of Madras in South India. The temple is poised on the shore of the Bay of Bengal with waves lapping against its base. It belongs to the earliest phase of DRAVIDIAN temple architecture and is a splendid example of PALLAVA art (c 600-750 A.D.).

The 200p. denomination stamp shows a view of GOMUKH. Gangotri glacier, in the central Himalayas, gives birth to Bhagirathi and Alaknanda rivers which join at Devaprayag to form the holy river, Ganga. The tip of Gangotri glacier from where the Bhagirathi gushes forth is known as “GOMUKH“.

Both the stamps were designed by Ram Nath Pasricha. The First Day Cover was designed by M.D. Patel and the cancellation by Charanjit Lal.