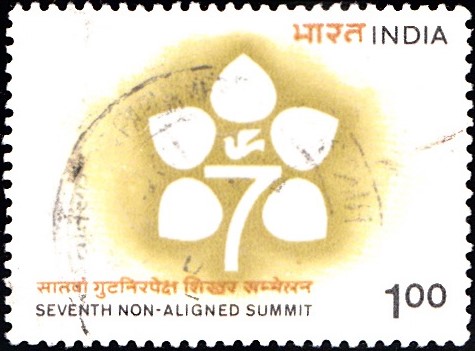 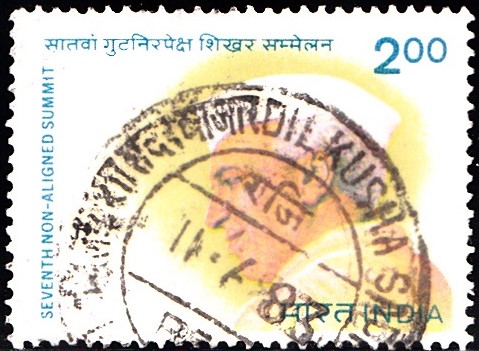 Issued for : Indian Posts and Telegraphs Department is privileged to issue a set of two commemorative stamps on this occasion.

Description of Designs : The 100p stamp depicts the logo of the Seventh Non-Aligned Summit. The other stamp (denomination 200p) portrays Jawahar Lal Nehru, the first Prime Minister of India and one of the founders of the Non-Aligned Movement. The first day cover shows the illuminated Govt. of India Secretariat at night. The stamps and first day cover were designed by Narendra Srivastava. Cancellation was designed by Charanjit Lal.