A commemorative postage stamp on Damal Krishnaswamy Pattammal, an Indian Carnatic musician and playback singer for Tamil film songs [a part of the series ‘Indian Musicians‘] : 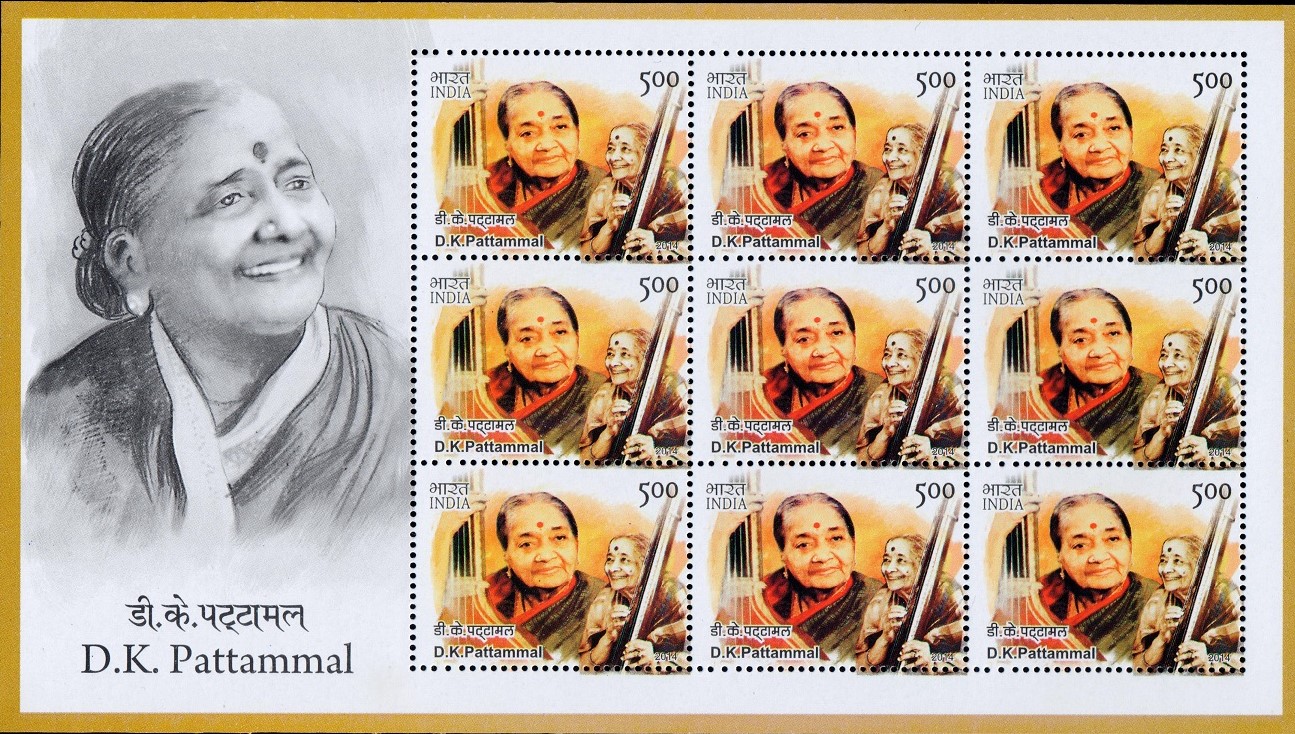