A commemorative postage stamp on the Birth Centenary of Dada Saheb Phalke, father of Indian cinema : 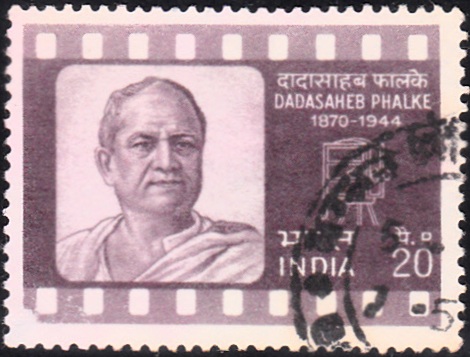 Issued for : The Posts and Telegraphs Department is proud to celebrate the memory of this great sage of cinema by issuing a special commemorative stamp in his honour.

Description of Design : The design of the stamp is horizontal and depicts a portrait of Dadasaheb Phalke on the background of a film strip. A line drawing of cine camera is also shown.