A commemorative postage stamp on the Presentation of Regimental Guidon to the 9th Deccan Horse (9 Horse), one of the oldest and most decorated armoured regiments of Indian Army : 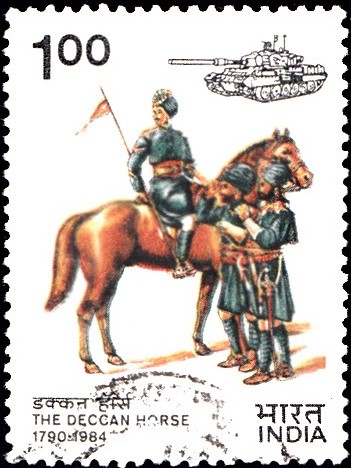