A commemorative postage stamp on the Bicentenary of the President’s Bodyguard (PBG), an elite household cavalry regiment and senior-most unit in order of precedence of Indian Army : 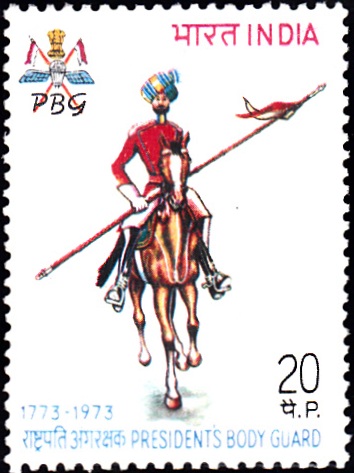 Issued for : The Posts & Telegraphs Department are privileged to bring out a stamp commemorating the 200th anniversary of the founding of the unit, which is now known as “PRESIDENT’S BODY GUARD”, and whose motto is, “BHARAT MATA KI JAI”.