A commemorative postage stamp on the 50th Death Anniversary of Ke Dihua, one of five Indian physicians dispatched to China to provide medical assistance during 2nd Sino-Japanese War, 1938 : 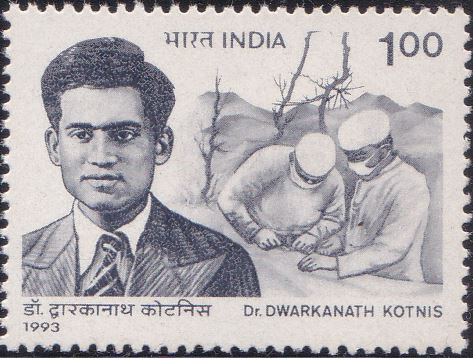 Issued for : The Department of Posts is happy to issue a special postage stamp on this illustrious son of India who proved to be a great humanist, internationalist and an anti-imperialist soldier and one who sacrificed his life for a human cause and brought honour to the country of his birth.