A commemorative postage stamp on TMA Pai, an Indian doctor, built the university town of Manipal, Karnataka [a part of the series ‘India’s March towards Progress and Development‘] : 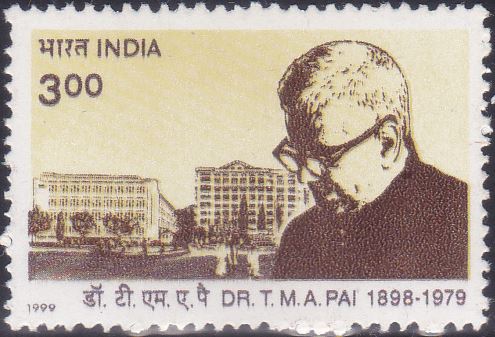