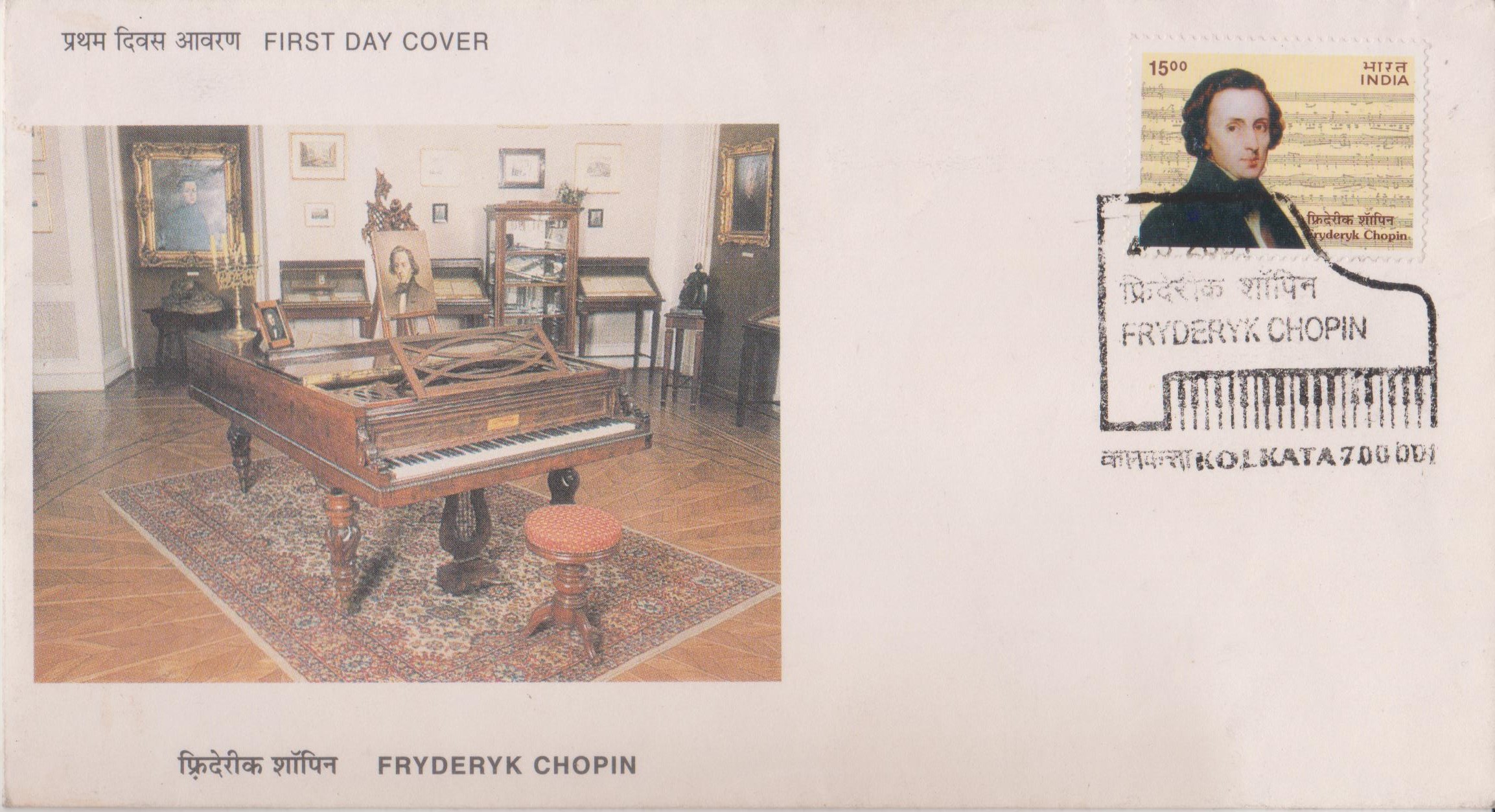 Issued for : The Department of Posts is proud to issue a postage stamp in honour of this musical genius from Poland.

Credits :
Stamp & FDC : Based on inputs from the Embassy of Poland, New Delhi.
Cancellation : Nenu Gupta