A commemorative postage stamp on the 1st Death Anniversary of Ghanshyam Das ‘GD’ Birla, an Indian businessman, a close associate and steady supporter of Mahatma Gandhi : 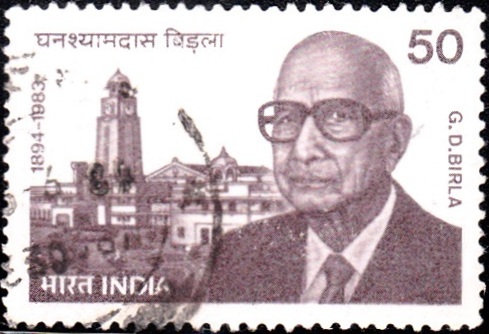 Issued for : The Indian Posts and Telegraphs Department is privileged to issue a commemorative stamp in honour of this pioneer in Indian business and industry.