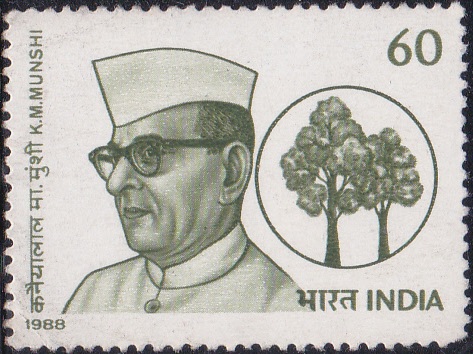 Description of Designs : The stamp depicts K. M. Munshi and a tree, symbolising his interest in the Van Mahotsav. The first day cover shows him against a background of the Bharatiya Vidya Bhavan. The stamp is designed by India Security Press, Nasik Road, the first day cover by Sankha Samanta and the cancellation by Alka Sharma.