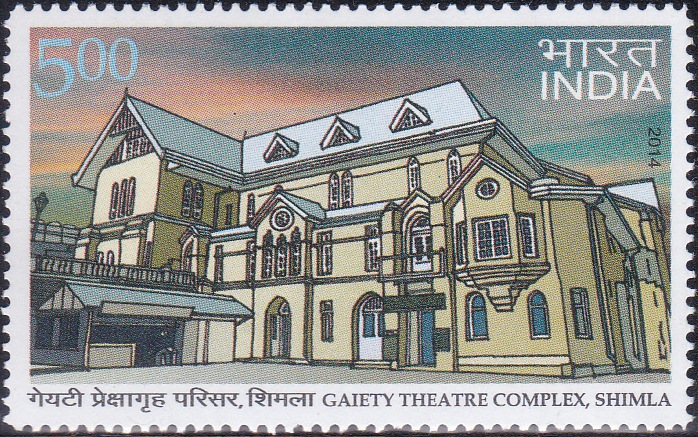 Issued for : Gaiety Theatre is not just a hall. It is an institution in the true sense of the world. India Post is proud to release a Commemorative Postage Stamp on the Gaiety Theatre Complex, Shimla.