A commemorative postage stamp on the inauguration of the 1st Indian Oil Refinery at Guwahati, Assam : 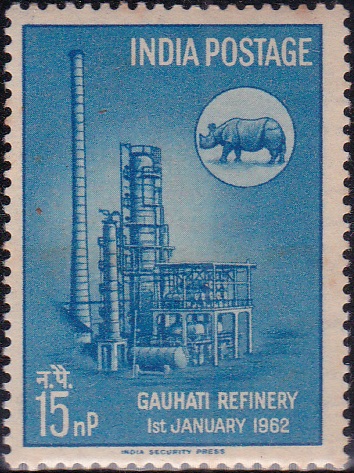 Issued for : The issue of a special stamp on the inauguration of the refinery by then Prime Minister, Shri Jawaharlal Nehru on January 1, 1962, focused public attention on yet another achievement in country’s industrial process.

Design : The stamp gives a view of the refinery and the inset has a picture of the one-horned rhinoceros, which is symbolic of Assam state where the refinery is located.