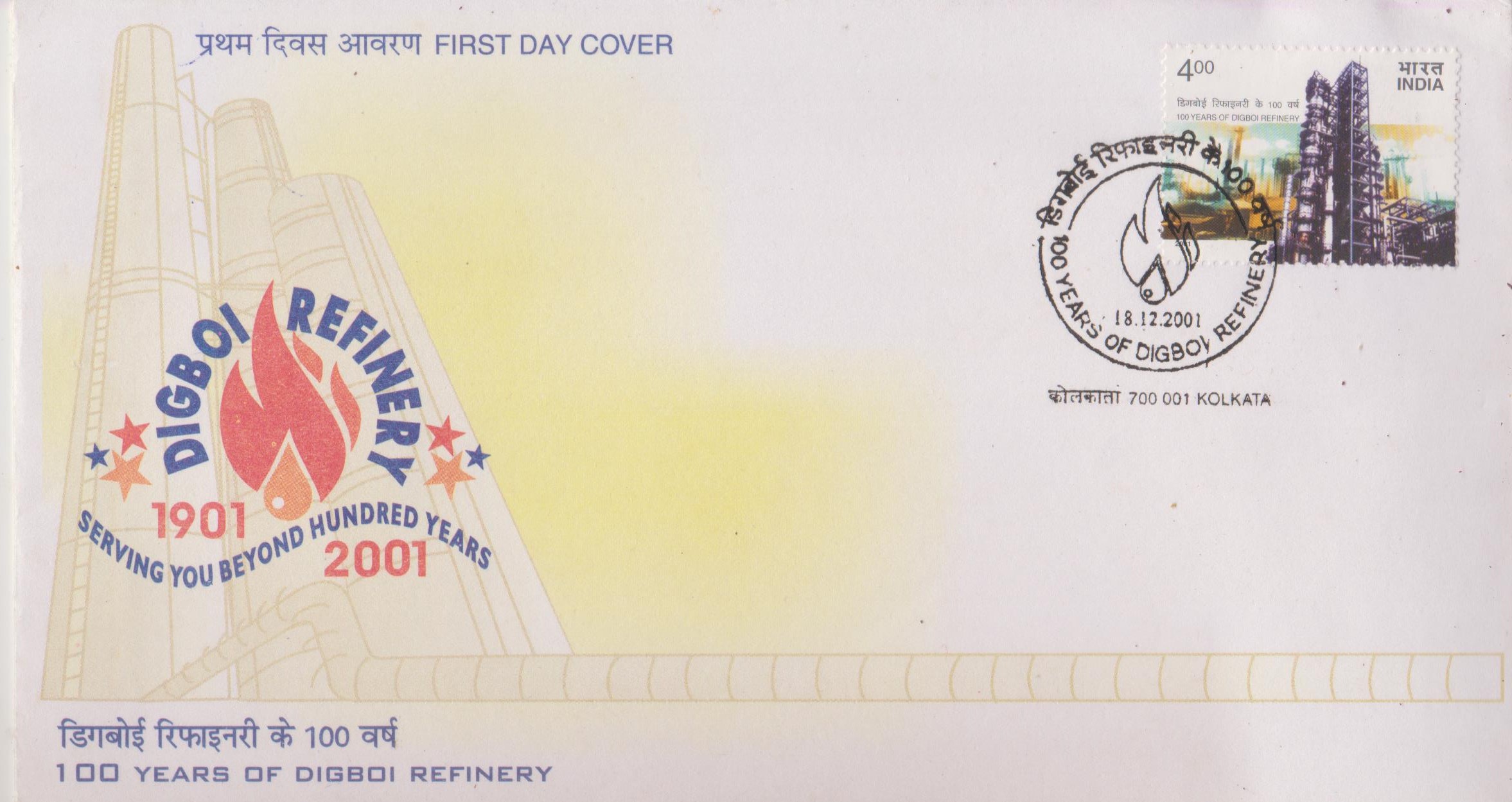 Issued for : Department of Posts in happy to release a commemorative postage stamp on completion of 100 years of Digboi Refinery.